Daytona USA is finally getting the console port it deserves.

Sega have been doing a lot to keep fans happy lately, especially on the downloadble games front. As of late they have brought us the Saturn classic Guardian Heroes, two more Dreamcast games including the mega-rare Space Channel 5 Part 2, and later this year we will be getting Sonic CD. Best of all, they have actually been putting quite a lot of care and love into these ports unlike those sloppy Mega Drive re-releases from a while back. This trend of goodness is continuing with Daytona USA, announced just yesterday and due for release very soon to XBLA and PSN. 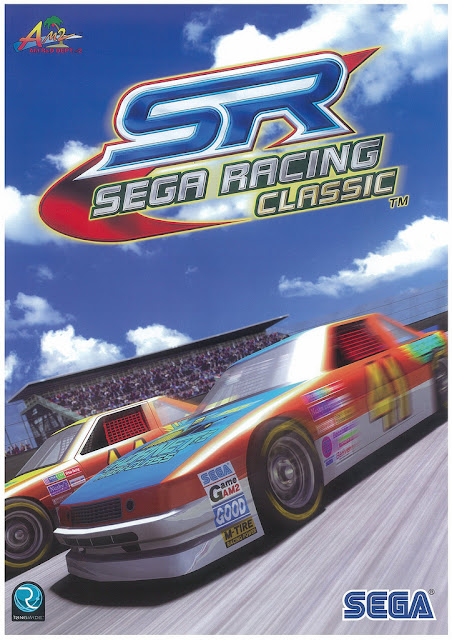 After they released Sega Racing Classic in arcades a couple years ago, a HD re-release of Daytona USA with the licensed name and some of the music removed, it looked as though if we were ever to get a proper port of this game on consoles, it would be without that iconic cheesy music. However they have managed to acquire the license for this download edition and it looks to be an arcade perfect port, which has been around 17 years in waiting!

Daytona USA was and in many ways still is the ultimate arcade game. While most arcades replace old games with those with newer graphics or simply anything with a dance mat on it, Daytona can still be found in many arcades everywhere as people still love to play it. Even people that are not fans of racing games or casual gamers can easily jump into the seat of the cabinet and have fun playing it, it's a timeless classic. 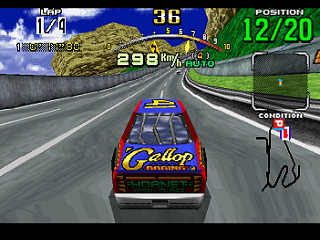 Console wise we got a Sega Saturn port that visually was sloppy to say the least, but still played as close as you could get to the arcade game at the time. They tried to 'fix' this by releasing Daytona USA C.C.E a year later, and although it looked better most of the music was replaced and it didn't feel the same for some reason. Many years later we got Daytona USA 2001 on the Dreamcast that included online play (except here in Europe) and while it looked even better than the arcade game in many respects, the controls of that version were almost completely different. It was still fun, but nothing like the arcade one.

So now in 2011 Sega are giving us the port we always wanted. It looks identical to the model 2 arcade game and they appear to have removed any pop u that that version had. It will have online for up to 8 players, very much like how many of the arcade machines were linked up for 8 player. The achievement list includes many of the easter eggs that were in the arcade including making the Jeffry statue animate by hitting the special button, and there is even a karaoke mode!

What else can we expect from Sega in the future with developments like this? A real dream would be to get some of the arcade-only follows up on consoles, such as Daytona USA 2 and Scud Race, but who knows if that's possible at this point. As a Sega fan prove to them this is a good idea and buy this release. We've waited long enough for a port this good, show them they are doing the right thing and maybe they'll keep this ball rolling!
Posted by The GagaMan(n)

Great write up Gagaman! I'm really looking forward to this release, and the effort pit into it is awesome. After this we've got sonic cd and virtua fighter 5 final showdown. Woo hoo!

It's a good thing that the game is being made available for download and although the game looks fine I believe that the graphics could have been improved a bit more and still maintaining it's identity.

An excellent evaluation of the game Gagaman(n) - I guess the best thing I can telll you is that this little article and the post over at the Saturn Junkyard made me buy the download immediately. I've since hammered the game and got all the achievements. But not only that, it's also prompted me to buy a Saturn t-shirt for my Avatar on the 360. I also rooted out my Saturn scart lead so that after a good few months of being unplayed, my Saturn is now hooked up to my brand new 40 inch Sony TV!