Let's Go to the "Sonic Generation" Art Show in Philadelphia! 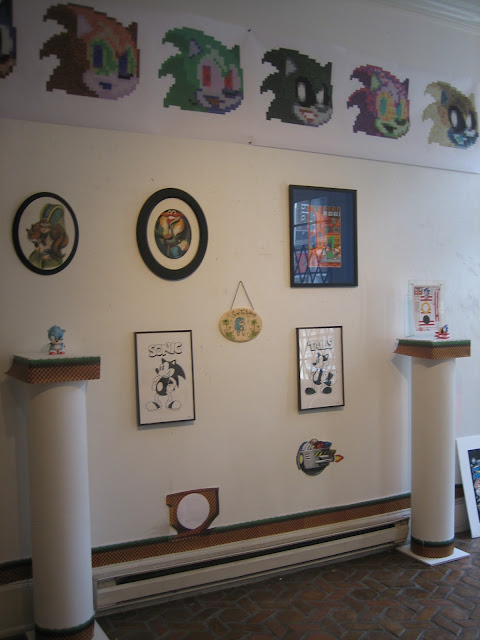 When Gagaman wrote about the "Sonic Generation" fan art show in Philadelphia, PA, I knew I had to make the long trek to check it out. Grabbing my old near-broken digital camera (my new one is being repaired), I headed out into the tepid weather and braved the 9 minute subway ride to the Brave New Worlds comic book shop. The show, which is actually rather small despite the spiffy website, features various renditions of Sonic, Tails and Eggman from a variety of artists. Located in the outer lobby of Brave New Worlds, the gallery takes up what usually would have been a blank wall. Probably the most talked about piece, in the world of Sonic sites at least, is Glen Brogan's "Robotnik" featuring Eggman aka Robotnik in a style not unlike the early airbrushed looking official Sonic art. Eggman holds a Sonic hat and wears a Tails scarf in this imaginative portrait. The framed print was actually up for sale, for $80. I considered it, but considering I need to save my pennies for the holiday season I passed. I hope a Sonic fan snags this one, it was the star of the show! 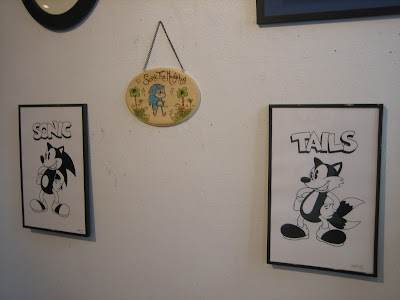 My second favorite were a set of prints featuring Sonic and Tails in a 1930's American cartoon style by Chris Beaumont. A "what if" Sonic was a contemporary of Felix and Mickey. These were $30 each framed, and $10 per print, so I left with a print of Sonic. Can't wait to add that to the wall of my SEGA room. 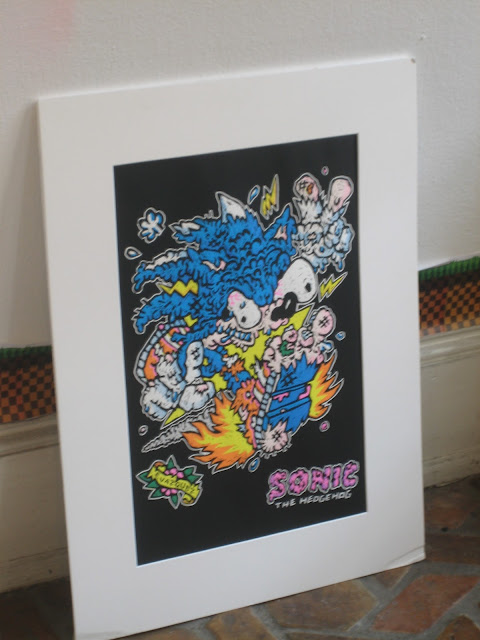 This cool print was made by Simpsons Comics artist Edwin Vazquez. A very cool and very freaky imagining of Sonic. Shame it was sitting on the floor. Maybe it fell? 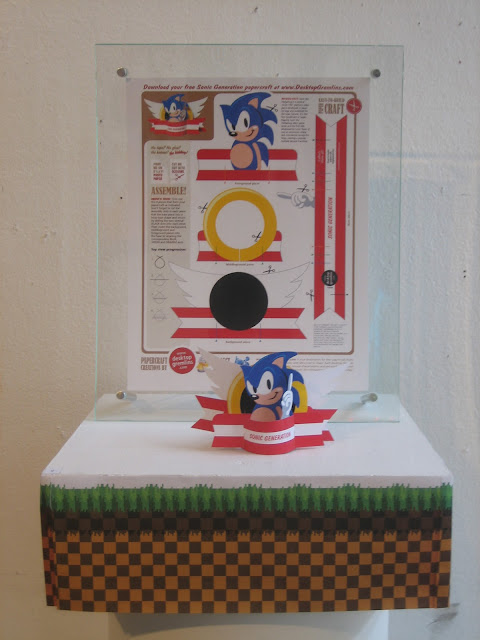 This paper craft, by David Landis, was not for sale. Instead it is available for download on his site! 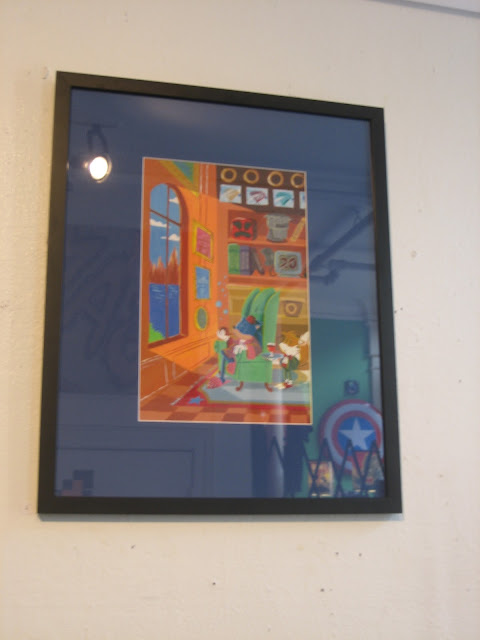 "The Study" by Nelson Diaz features Sonic reflecting on his 20 year history. Another favorite of online fans. I like how Sonic has encased the Chaos emeralds in glass. 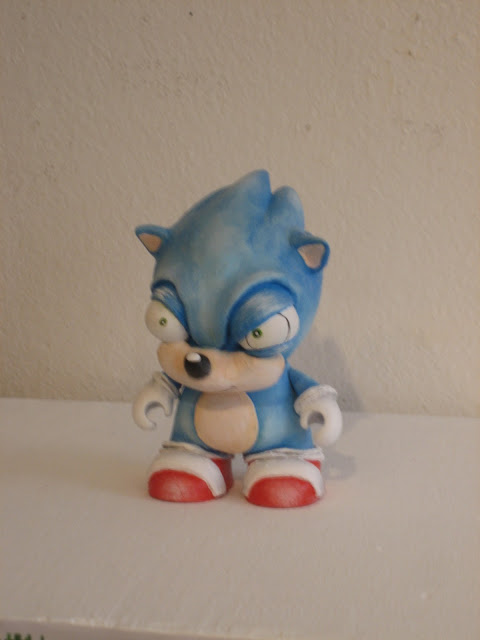 This deformed Sonic figure, by Kasey Tararuj, had a Tails counterpart, but I guess it sold. Shame they can't keep things on display to the end of the show before passing them off to buyers. 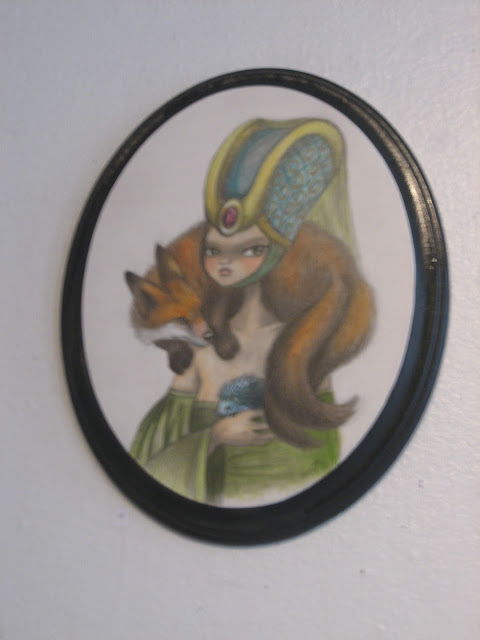 This one, titled "Duchess of Rings" by Daisy Church, is oddly similar to "Robotnik" However, she seems to value the lives of hedgehogs and foxes. 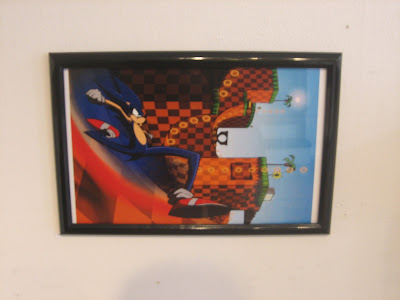 Matt Robinson's "The Fastest Thing Alive" features a crazy long Sonic running through Green Hill. I wonder if this one was displayed correctly? It could easily be seen from almost any angle. 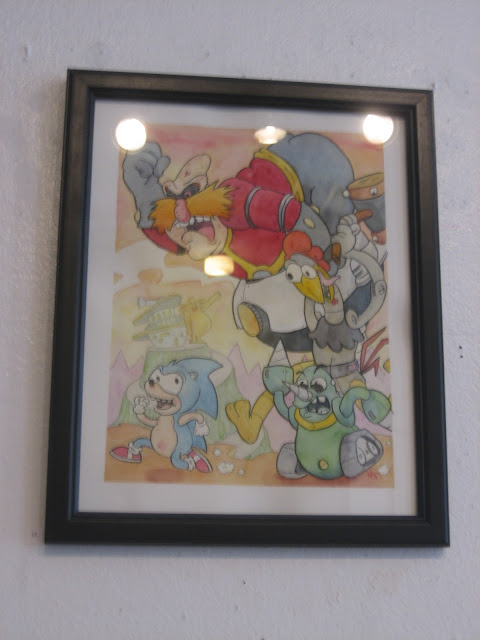 I wish I met Mark Fionda. His "I Hate That Hedgehog" is hilarious. I love his depictions of AoStH's baddies. 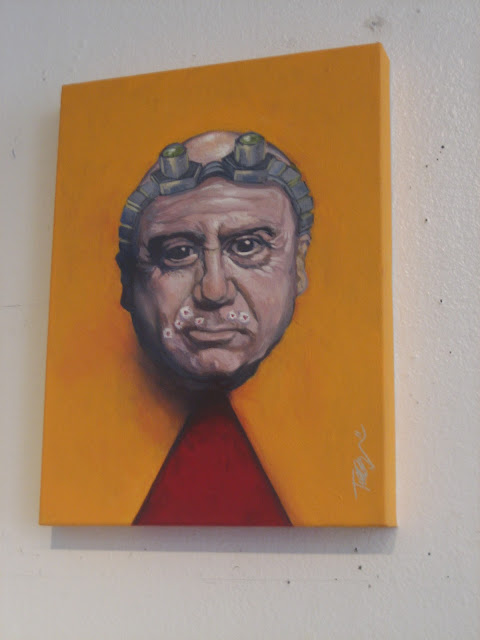 Reminding us we're in Philly is Todd Spence's "It's Always Sunny on South Island". I love this one. You've got classic Eggman, DiVito, Always Sunny AND a South Island reference. Also, the bits of toilet paper are genius. 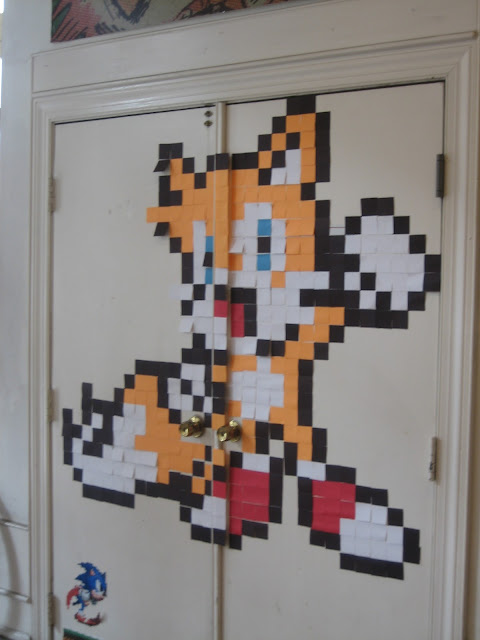 The show even featured a Tails sprite in post-it notes, seen above, on the opposite wall! And there you have the "Sonic Generation" art show! Yeah, it was a small show in a smaller space, but it was really cool to see Sonic getting some recognition. A few pieces have prints for sale, from between $10 and $25, and all the pieces are for sale (original paintings go for $200+). But you don't have to buy anything to enjoy the show. The show runs through the end of December, so if you are in Philly or are nearby check it out! 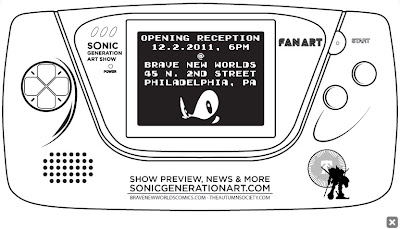 Nice one, wish I could of been there! Doesn't look like there is near as many pieces on show as the Ninja Turtles one you linked a video of to me, but still rather cool!

I think the smaller amount of art for the Sonic show was due to the fact that they didn't really reach out to the Sonic fan community, where a majority of the fan artists are. I didn't hear about the show til a week before it opened, wish I knew about a call for artists, as I (and I'll bet you) would contribute. Still, what they had looked great!