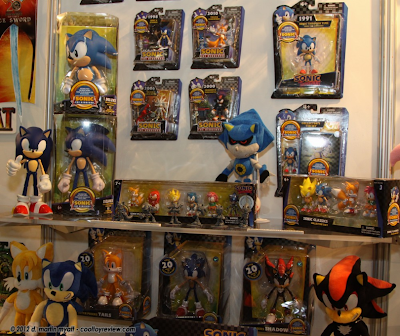 Another year, another Toy Fair. That means more Sonic toys from Jazwares! Unlike last year, which revealed a LOAD of 20th anniversary figures, this year is rather light despite the many figures and plush dolls crowding the booth. The first thing you'll notice is that they'll be removing the 20th anniversary logo and will be replacing it with a standard gold ring and Sonic logo. There are a few repackagings of existing items, such as the classic 3" figures in a four pack. The new additions to the line, seen for the first time in these photos include: 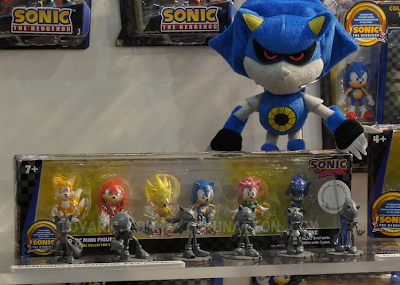 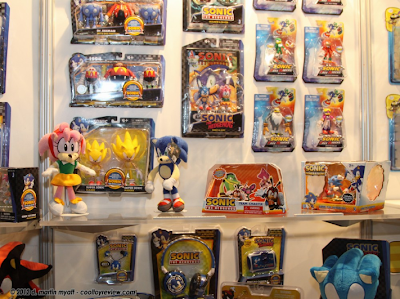 As happy as I am to see Charmy getting his own figure, I'm pretty P.O.'d that Vector and Espio must be purchased again to get the new figure. I really hate when companies do that. Hopefully Charmy will also get a solo release, but it's unlikely they'll release him alone initially. 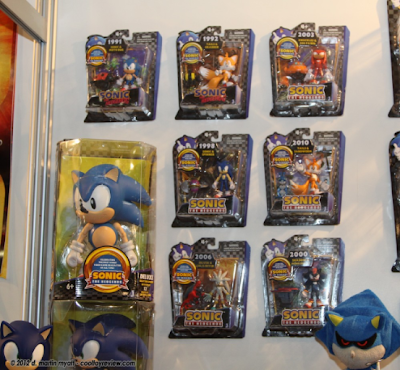 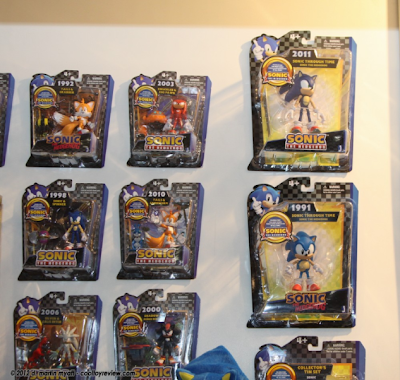 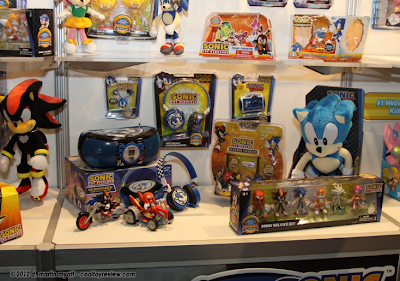 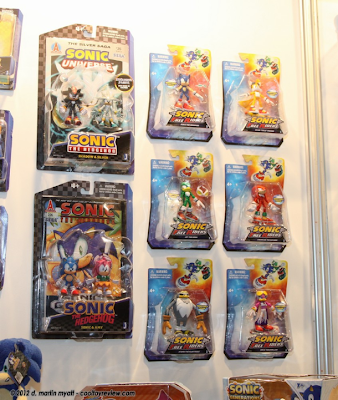 As the above photos show, not much else is new. No Eggman plush yet, nor is there any sign of Rouge, Blaze or Cream figures. It's a shame female characters don't get as much love, but I guess being a line that caters to boys, female figures don't sell as well. Thus why Amy is always bundled with the guys.

Images from Cooltoyreview
Posted by Barry the Nomad

That Metal Sonic plush is a bit funny looking but at this rate I'll take what I can get, specially compared to how expensive the old Metal Sonic Japanese plushes are!