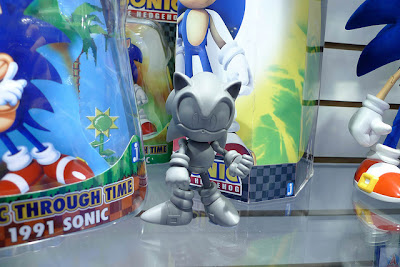 Just when I thought Jazwares has taken all the money they could take from me, they reveal this epic collection! Jazwares is celebrating Sonic's 20th in style by producing figures that span his 20 year career. These photos found online were snapped at JazWares' booth at the 2011 UK Toy Fair. One collection revealed is "Sonic Through Time", which will depict the various designs of Sonic over the years. Photos reveal a 1991 Sonic and a 2008 Sonic, but I'm sure we'll also see a 1999 and perhaps 2011 model as well. Very cool. After the jump, Eggman takes center stage. 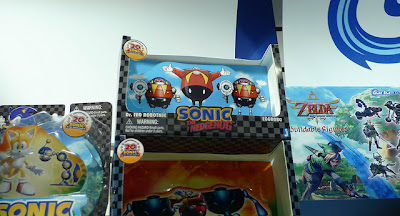 Even more exciting than Sonic is the reveal that classic Eggman will get a figure, along with two EggRobos from Sonic and Knuckles! Also revealed is a modern Eggman with two robots from the Sonic Unleashed intro movie. Off to the left is, I'm assuming, a Sonic Colors Tails figure (the design and box background look like they come from Colors) however packaged with Tails is a retro badnik. Badnik figures! No clue if that badnik appeared in Colors. No official announcement has been made on details and release date, but as soon as I come across them I'll be sure to post them here at SEGA Memories.

EDIT: As pointed out by Gagaman, the badnik packaged with Tails did appear in Sonic Colors, he's Sandworm from the Asteroid Coaster stage. He was originally seen in Sonic & Knuckles Sandopolis Zone. The image on the figure card is his Colors redesign. 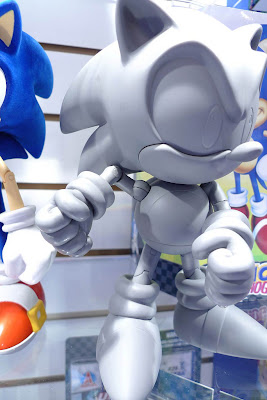 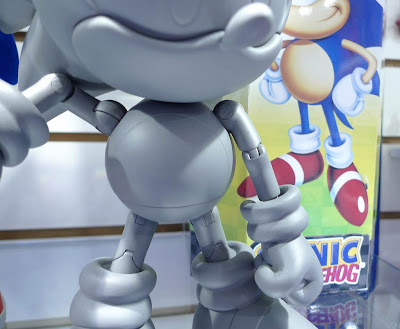 While this photo below seems to feature a lot of already released figures from 2010, off to the right is a Archie comic 2-pack with Shadow and another figure as well as a mystery box with a classic Sonic logo and from what I can tell an image of Sonic. What the heck is that image? Thanks for the obscured photo, random dude on Flickr! :P 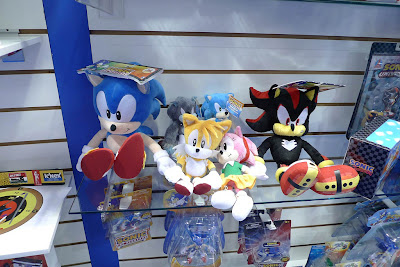 Any superfans know what that mystery box to the right is?

[source: The Sonic Stadium Forums]
Posted by Barry the Nomad

Want thet Robotnik and Eggrobo's set so much! I just knew we'd be getting some sweet stuff this year! :D

Oh and yeah that badnik they're showing was in Sonic Colors, though is based on a badnik from Sonic and Knuckles I believe.

Yeah, that EggRobo pack is at the top of my wish list! Never thought we'd see them as figures. Combine those three with 3.5" Metal Sonic and you've got yourself a badass display.

I did some digging on Sonic Retro and found that the badnik is Sandworm from Asteroid Coaster, as you mentioned. Really hoping some Green Hill Zone badniks get figures.