Meatbun have some crazy talent designing their gaming related tees, and I get the feeling they may have a bit of a Sega fan streak in them judging by how 3 out 4 of their latest designs are Sega inspired. Many are quite surprising mash ups too! 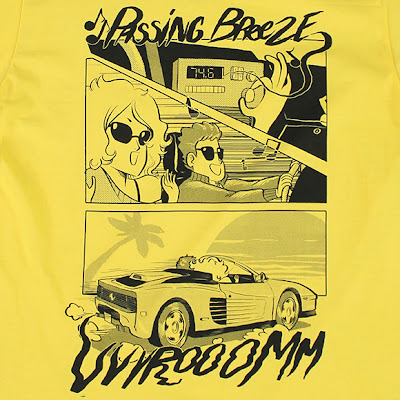 First up, Passing Breeze. This looks like it could have come directly out of a mid to late 80s Japanese indie fan magazine, right down to the manga like toning. A gorgeous illustration that nails the vibe of the classic Outrun.

The other two designs after the jump! 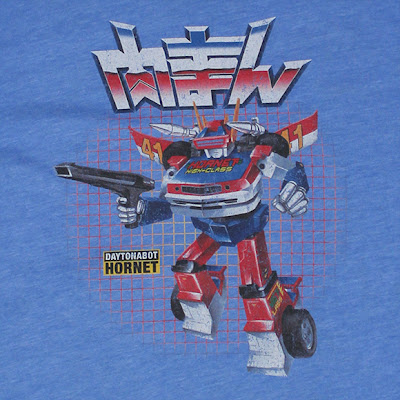 The next design is pure genius. We all knew the Hornet car from Daytona USA was more than just a car, but now it is more than meets the eye! DaytonaBot takes the Hornet's bizzare appearance in Fighters Megamix and takes it to the next radical level. Wow, I don't get to use the word 'radical' very often, though you could probably use it to describe the next design even more.. 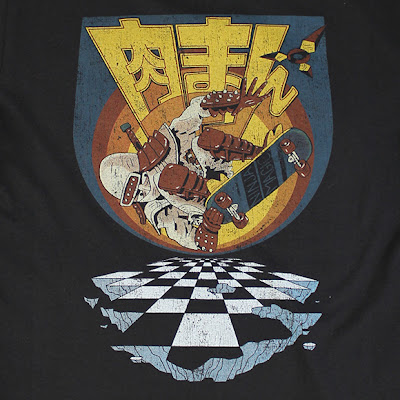 With Ninja magic we get another unexpected mash up. Joe Musashi is now a skateboarding ninja! But what is this image also referencing? Why, it's a parody of the artwork for the Atari arcade game 720°, of all things! Never thought you would see that combination, did you?

Each design is available in two colours and are up for $24 each. They still have the Mickey/Sonic mash up and the Alex Kidd designs too.

EDIT: Only just now have I noticed the Daytona bot is holding a Master System light phaser and has a Virtual On head. Wow.
Posted by The GagaMan(n)